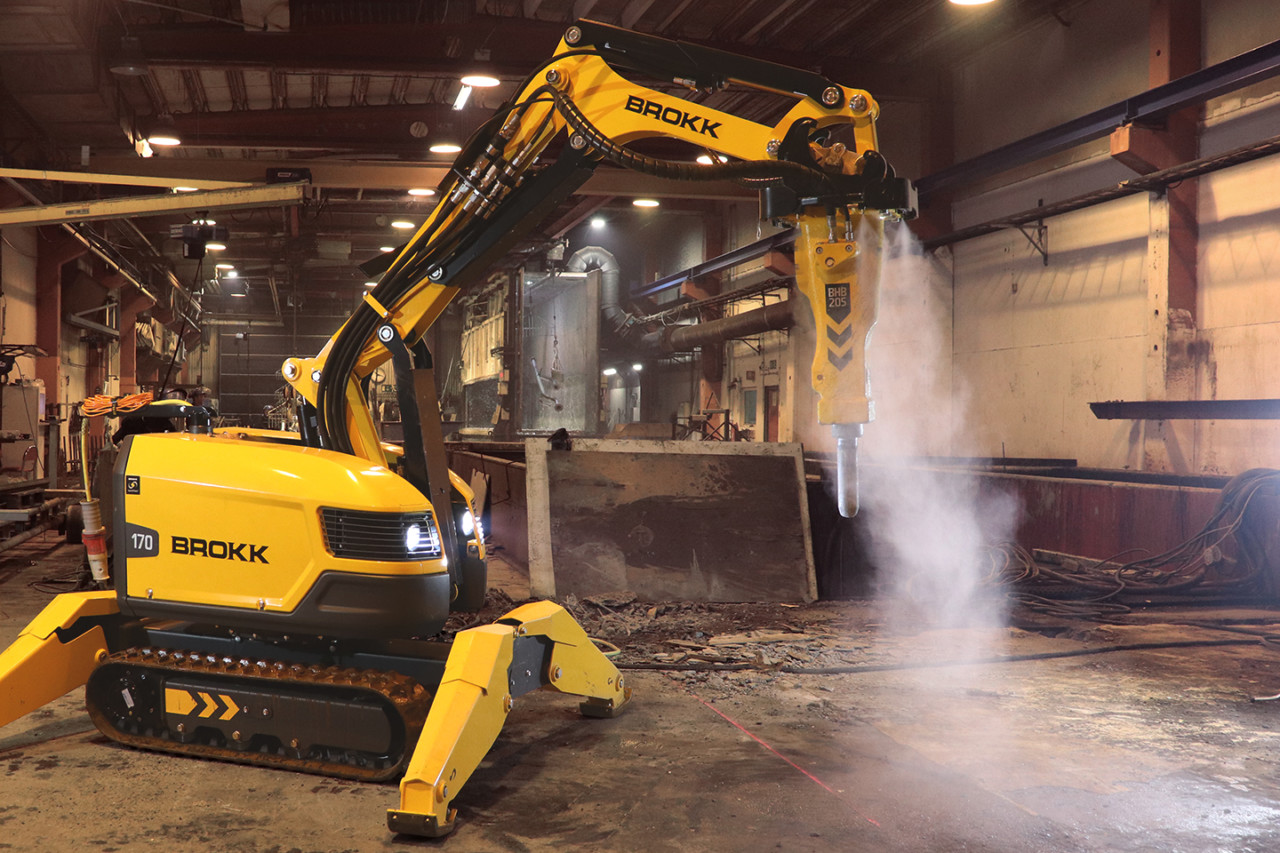 “Safety has always been paramount for Brokk; which is why, for more than 40 years, our engineers have constantly produced machines, attachments and technologies that allow operators to step away from the most dangerous and backbreaking operations,” said Martin Krupicka, president and CEO of the Brokk Group. “However, silica dust remained a concern because it is difficult to contain. Previous dust suppression methods helped, but we wanted to find a more efficient solution that optimized safety without the mess.”

Health and safety organizations have identified silica dust as a significant hazard and have enacted regulations that limit the permissible exposure for workers in the construction and demolition industry. Meeting these regulations has taken several forms on the jobsite. Some contractors choose to use spray systems, hoses, sprinklers, and water trucks to combat silica dust.

However, these interventions are often inefficient and, in some cases, ineffective against crystalized silica dust. The problem stems from the size of the water droplets, which are much larger than the silica dust they are meant to trap. Silica particles range from 0.1 to 1,000 microns while traditional methods produce water droplets that are 200 to 1,000 microns in size. The size and velocity of these larger droplets cause air and silica particles to flow around them in a phenomenon known as the “slipstream effect.” Hose and water truck spray methods are the most inefficient since they produce the largest droplets, but even smaller onboard systems produce large droplets that can deflect silica particles, which can then be breathed in.

Since silica particles are more likely to bond with water droplets of similar size, Brokk engineered the dust suppression system to produce 10-micron mist droplets. This creates a fog of atomized water that captures dust particles in the air and spreads along the ground for optimal dust suppression. The system is incorporated into the tool mounting instead of the tool itself like previous systems, allowing operators to provide silica dust protection with any Brokk attachment  — including breakers, concrete crushers and drum cutters. A hydraulic water pump is attached to the machine and can be fed with a freshwater hose or water tank.

In addition to providing superior dust suppression, the water mist requires less water than other methods — just 6.76 ounces per minute (0.2 liters per minute) — making it significantly more economical and environmentally friendly than most other spray methods. This conservative use of water also eliminates the puddles and slurry left behind by alternative methods, reducing the need for cleaning at the end of the day and reducing slips and falls, ultimately resulting in a safer, more efficient jobsite.

Brokk Singapore (including subdomains) uses cookies and stores your IP number to give you a better experience on our site. By continuing on the page, you agree to the use of cookies.