Unlike many demolition contractors, Breaking Solutions doesn’t often use handheld breakers or mini-excavators; they turn to remote-controlled demolition robots instead.
See All 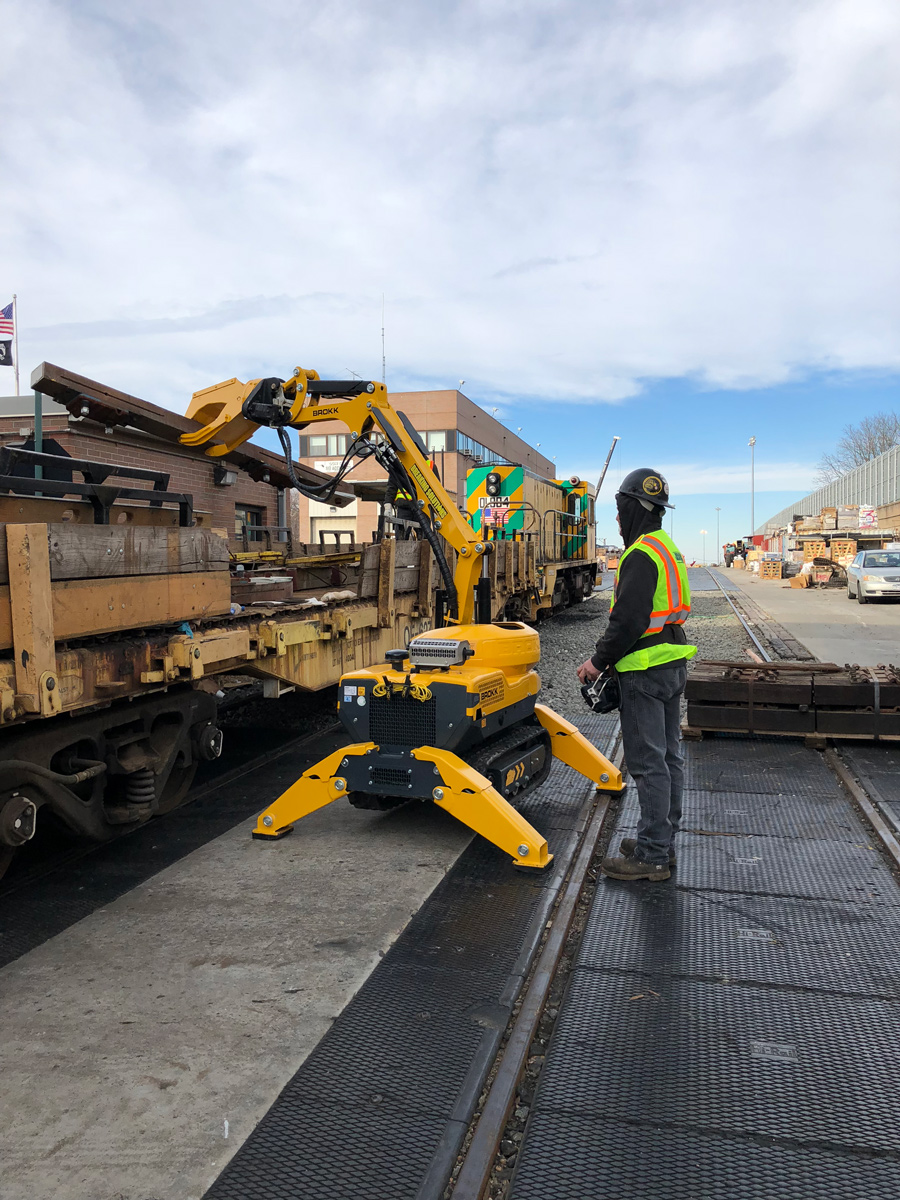 The Big Apple, despite its name, is not known for extra legroom. Apartments are small and expensive, streets and subway cars are packed, and demolition contractors are continually tasked with finding new ways to do their work in the cramped urban environment. Some companies have found ways to adapt to and excel in the limited-space environment of New York City. New York City-based concrete breaking and rental company, Breaking Solutions, has been doing so since 1994. Unlike many demolition contractors, Breaking Solutions doesn’t often use handheld breakers or mini-excavators; they turn to remote-controlled demolition robots instead. The resulting safety, productivity and versatility has led them to expand the business to include more than 50 machines, complex projects and government contracts, and a successful rental and service business.

Breaking Solutions’ founder, John Amorosano Sr., bought his first remote-controlled demolition machine in 1994. The Brokk 250 he purchased is the most popular model in the manufacturer’s history. Amorosano Sr. was a collector, though, and didn’t stop at the one machine. He regularly bought new models as they were released. Now, in the company’s second generation, his son John Amorosano Jr. continues to expand the fleet with new models. The latest this year were the diesel-powered Brokk 120D and Brokk 500 series.

The remote-controlled demolition machines’ versatility, power and flexibility, along with the contractor’s large fleet of machines, attachments, skilled operators, mechanics and service trucks opened the door to success in new applications. The company has a contract with a local transit authority requiring them to be on call 24/7 with a fleet of machines and operators. To avoid transit delays and liquidated damages, the contractor must be able to effectively break concrete in tight spaces on a short deadline.

The robots’ flexibility in constricted spaces resulted in a niche for the company: bank vaults. Amorosano Sr. said the vaults have become another specialty for them. The equipment’s compact size and stair-climbing abilities mean the contractor can sometimes drive the machine right in without dismantling parts of the building. Other times crews disassemble the machine to fit in the building and then reassemble the machine in the work area. Amorosano Sr. said the machines make quick work of the reinforced, 18- to 36-inch-thick walls.

The robots’ light footprint, even load distribution and — with electric models — emission-free operation paved the way to other applications that would otherwise need to be done manually with hand tools. Breaking Solutions regularly works on rooftops or upper floors of buildings that would be unsafe to work on with larger, heavier equipment. In addition, Amorosano Sr. said as a result of the equipment’s light footprint, project owners sometimes allow the company to work on bridge decks.

Amorosano Sr. said, aside from safety, the biggest benefit of the machines is productivity, allowing for an ROI on the high-priced equipment. He estimates they complete jobs about 50 percent faster and with fewer workers with the remote-controlled machines than they would with other methods.