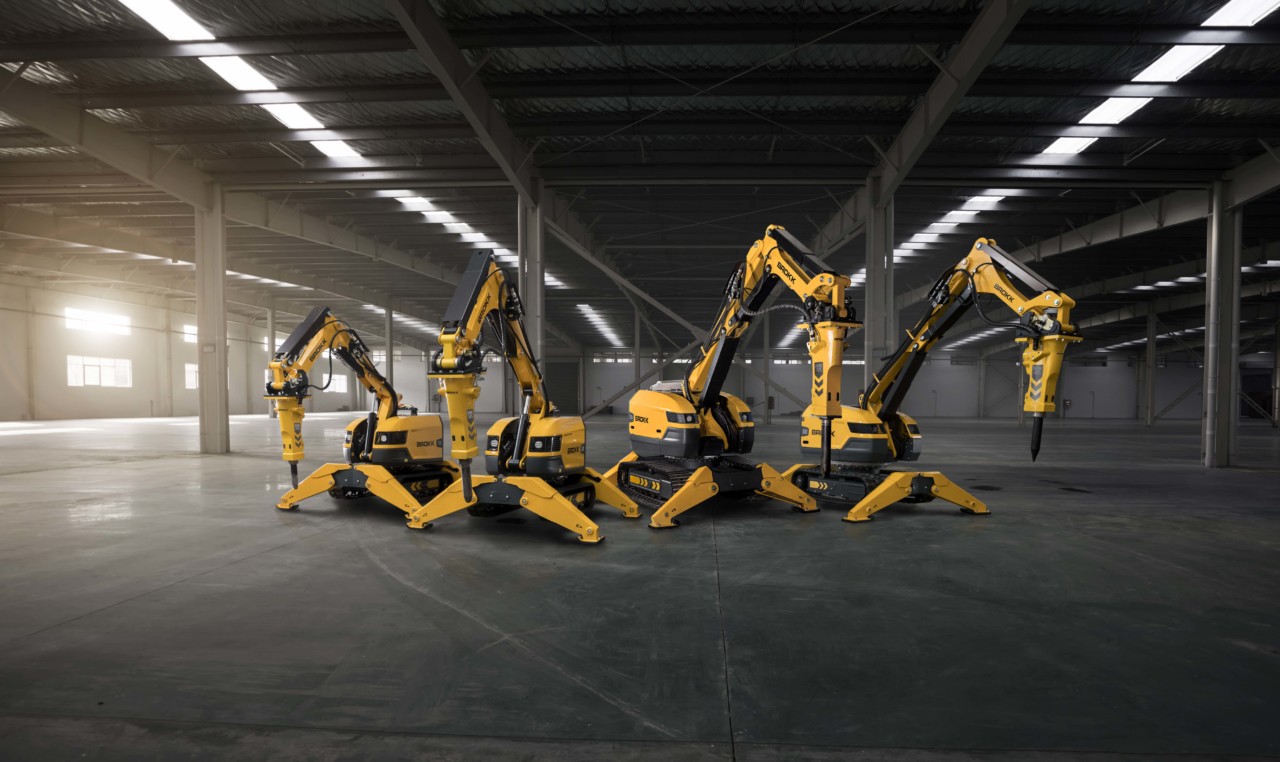 One of the key components to SmartConcept is SmartPower. Brokk designed the revolutionary system to withstand extremely tough day-to-day demolition forces. In addition, SmartPower helps the operator start the machine on a poor power supply while at the same time protecting the Brokk machine from harmful faulty power. For example, the next generation B280 with SmartPower, features an increased output over its predecessor — the B260­ — with nearly 30,000 watts (30-kilowatts). This enables the robot to handle a larger class of hammer on essentially the same size carrier.

The company’s SmartDesign extends machine life and provides unprecedented ease of maintenance. With 70 percent fewer cables and the addition of hardened components, the models are better equipped to withstand the rigors of machine vibrations and heat generated during operation. The line features several elements to ease maintenance, including strategic, easy-to-access grease points and hydraulic hoses; LED headlights with built-in protections; and steel machine covers. Through the technology, operators not only get 360-degree rotation abilities, but they can operate ‘over the back,’ which offers heightened flexibility in confined spaces.

Brokk’s innovative SmartRemote consists of an ergonomic remote-control box. To avoid unintentional operator strain, a wide adjustable belt holds the control box comfortably around the operator’s waist, away from the upper back. In addition, intuitive controls allow the operator to work the machine without having to look down at the display. The system uses professional-grade radio technology, with frequency-hopping capability, and has a working range as far as 984-feet (300 meters). This allows the operator to stand at the best viewing position to complete the work, ensuring efficiency and safety.