Take the Leap. Avoid the Heat. 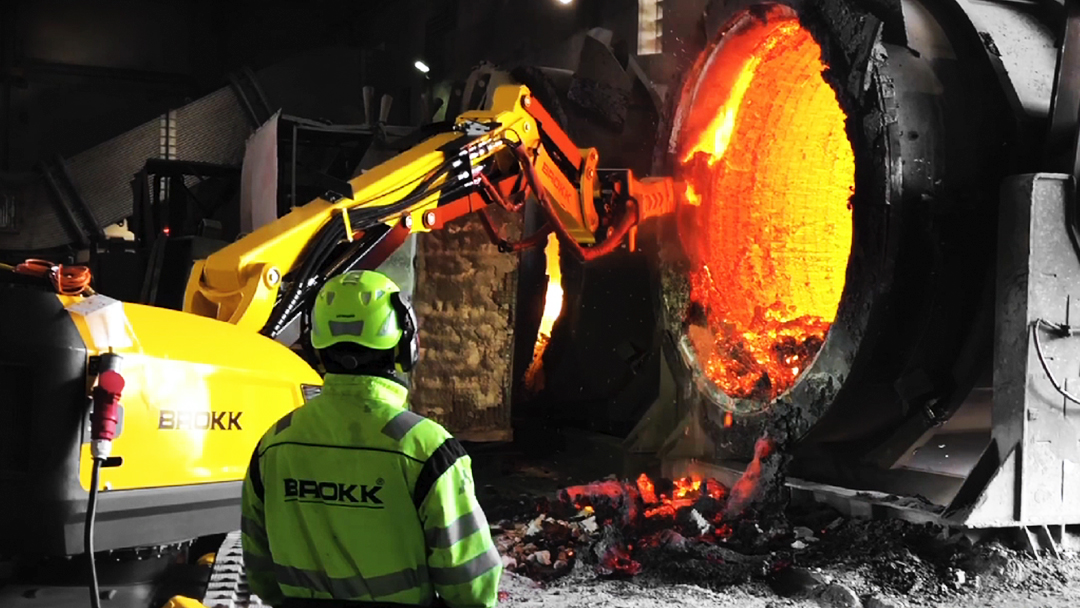 On the surface, Brokk remote-controlled robots can seem like a significant capital expense, but some operations have seen a return on investment after using a machine for just one kiln tear out. The versatile equipment speeds up refractory removal and cleanouts compared to alternative equipment for kilns, ladles, furnaces, castings, cupolas, runners and more. The machines also improve worker safety and free up resources for more critical operations in the plant.

Here are a few reasons to use a Brokk machine in your foundry or mill operation:

Brokk robots also allow your operation to complete projects with fewer people, freeing up workers for other tasks. A Midwest foundry removing old refractory lining from iron pouring ladles saw a 75% increase in productivity by switching from handheld tools to a Brokk machine. They went from using two workers over a period of 16 hours to a single operator and Brokk machine taking two hours.

The initial investment can be quickly recouped, especially if the Brokk machine is used for several applications within the plant. Learn more about Brokk machines and contact a sales representative at (360)-794-1277.